IGTROPIN is IGF-1 LR3, also known as Long-Arginine-3-IGF-1, is an analogue of human IGF-1 that has been modified to include a 13 amino acid N-terminus extension and the substitution of Arginine for Glutamic Acid at position 3. As a result of these modifications, IGF-1 LR3 is approximately three times more potent than IGF-1 and possesses an increased half-life due to lowered affinity for binding to the Insulin-Like Growth Factor-Binding Proteins (IGFBPs). IGF-1 LR3 retains the ability to bind agonistically to the IGF-1 receptor with improved metabolic stability, relative to IGF-1. The supplementation of mammalian cell cultures with Long R3 IGF-1 at a much lower concentration results in more highly elevated productivity than with standard concentrations of insulin and/or standard IGF-1. IGF-1 LR3 is more able to stimulate the type 1 IGF receptor and thus induce a higher level of activation of intracellular signaling, which is responsible for promoting cell proliferation and the inhibition of apoptosis.
Purity, Formulation & Physical Appearance

Our IGF-1 Long R3 has a purity level that exceeds 98.0% as determined by SDS-PAGE Analysis. This peptide was synthesized with no additives and is supplied as a white lyophilized (freeze-dried) powder.

IGF-1 LR3 which is also known as Long R3 IGF-1 or the insulin like growth factor is a compound that is comprised of a family of peptides/proteins which collectively play a very important role in the growth and development of mammals. IGF-LR3 is a varied form of IGF-1 which is more potent than IGF-1 and it has a longer lifespan. Unlike IGF-1, IGF-1 LR3 does not bind to IGF binding proteins in the cells or tissues which enables it to perform its actions more efficiently and at a higher level, IGF binding proteins inhibit the biological actions of IGF-1 so IGF-1 LR3 has been chemically altered so that it does not bind to the IGF binding proteins. For this reason, IGF-1 LR3 is the most effective form of IGF-1. IGF-1 LR3 was specifically created to increase the activities of this peptide and it was a success because this form has shown to increase both the function and efficacy of this peptide.

Long R3 IGF-1 is a single, human recombinant, non-glycosylated, polypeptide chain that contains 83 amino acids with a molecular mass of 9200 Daltons. IGF-1 facilitates a majority of the growth promoting actions of the growth hormones and it is a longer lasting variance of natural human IGF-1 which has been manufactured with a purpose of supporting a large scale development of recombinant pharmaceuticals in the mammalian cell structure. Developmental studies indicate that the growth hormone does not directly stimulate the incorporation of sulfates into cartilage rather, it acts through a serum factor that was previously known as the sulphation factor but Is now known as Somatomedin.

IGF-1 LR3 is the principal protein that promotes the response of cells to the growth hormone and it also induces cellular growth activities. This compound also makes the body sensitive to insulin and it can facilitate muscle cell hyperplasia, which is the actual splitting of cells.

IGF-1 LR3 greatly boosts muscle mass by inducing a state of muscle hyperplasia (increase in number of new muscle cells) in the MUSCLE WHERE ITS INJECTED! So think of it as muscle cell proliferation, or even the splitting of the cell so 1 becomes 2... That's why its perfect on cycle when you get increased muscle cell growth too. But why is IGF better than HGH? The reason being is HGH causes IGF levels to rise in the liver first, then then the muscle, Whereas IGF-LR3 causes localized IGF levels to rocket.

Igf1-lr3 As you all know is the long acting version of Igf-1, Taking its active potential up towards 20 hours, But along with its ability to stimulate the growth of satellite muscle cells and helping them to mature into new muscle fibers it holds the ability to increase the uptake of many supplements we currently use, And it can cause the enhanced recovery of testicle size, and prevent muscle loss even in PCT. Plus another reason its so potent is because of the decreased binding of Long R3 IGF-1 to all known IGF binding proteins. These binding proteins normally inhibit the biological actions of IGF.. not so with this long acting version. 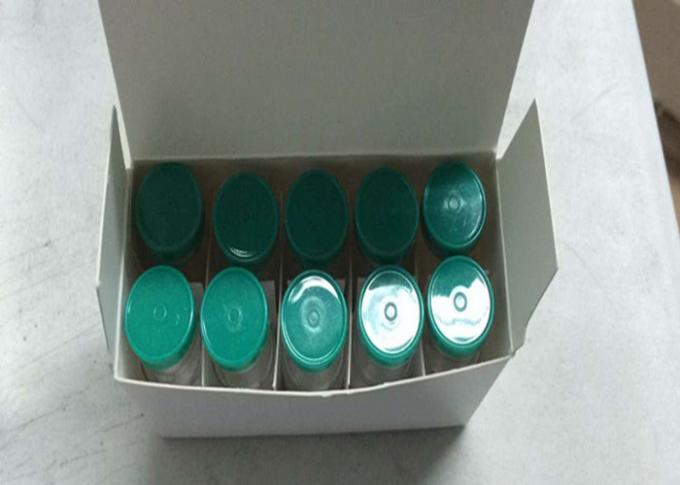