Andarine, also known as S-4, S-40503, or 8, is a SARM developed with the aim of treating osteoporosis and muscle wasting.

In the early days, Andarine was described as the ideal SARM due to high oral bioavailability and great muscle- and bone-building effects (studied in animals)

Phase I human trials with this drug have reportedly been successful but no studies have been published. However, further development of the drug was abandoned in favor of Ostarine, another SARM with a similar structure, also known as S-22.

We can presume that this was either because Ostarine was more effective, or because Andarine caused vision-related side effects (see below).

Andarine, commonly known as S4, is a Selective Androgen Receptor Modulator (SARM) developed by GTx. Like all SARM’s S4 was developed in the treatment of muscle wasting diseases with benign prostatic hypertrophy treatment also being high on the list of possible treatment benefits. Andarine is not as strong as some of the other SARM’s in terms of an anabolic effect that leads to the promotion of lean muscle tissue increases, but it does appear to have other benefits that can prove to be highly valuable. Being an effective SARM, like most SARM’s it is relatively side effect friendly with most users making it an increasingly common option for performance enhancing athletes.
Andarine (S4) Function and Traits
Anadarine (S4) is a SARM, specifically a medication that binds firmly to the androgen receptors. Unlike an anabolic androgenic steroid, S4 focuses only on the bone and muscle sites unlike other androgenic compounds that may affect secondary sex organs. By binding to the androgen receptors, S4 alters the gene expression, thereby increasing anabolism via increases in protein synthesis. Although a highly effective compound, in comparison to its binding affinity it is approximately one third that of testosterone.

Andarine (S4), unlike many androgens, does not convert to dihydrotestosterone (DHT) and it does not aromatize. Aromatization refers to the conversion of testosterone to estrogen. This makes S4 a bit more appealing on a functional basis compared to other androgenic compounds as negative DHT and Estradiol effects cannot occur with this compound. In fact, S4 has been shown to block DHT from binding to the prostate receptor sites.

S4 is based off of the same template molecularly as the drug Bicalutamide, an anti-androgen. However, unlike Bicalutamide, the severe negative effects of that drug are not present with Andarine – while a similar template it is not the same drug.

This drug was developed to prevent muscle wasting, and animal studies do indeed show that Andarine improves muscle growth and strength in animals.

When given to castrated rats for 4 weeks, Andarine increased muscle weight as markedly as DHT (dihydrotestosterone). Moreover, unlike DHT, Andarine caused no prostate enlargement, which is a concern when taking steroids [4].

Andarine increased bone mineral density and strength in both in castrated male rats and in female rats whose ovaries had been removed (this is a commonly used animal model of osteoporosis) [4, 5, 6, 7].

Andarine may be especially beneficial in osteoporosis because, in addition to improving bone density, it also improves muscle strength, which may help reduce the risk of falls and fractures [7]. 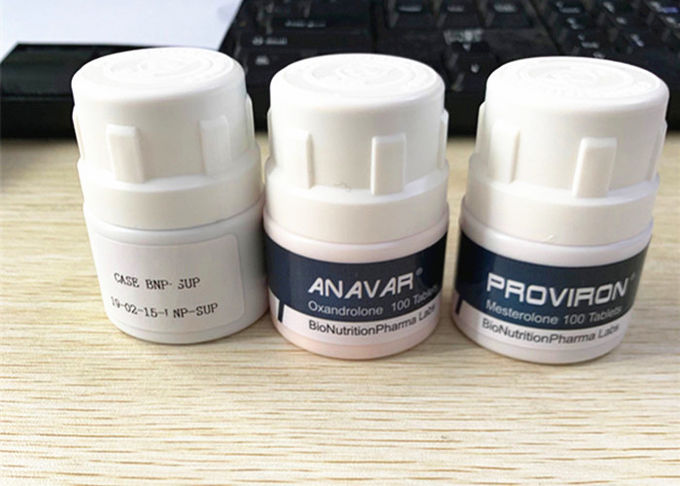