Turinabol (Chlorodehydromethyltestosterone, also known as ‘Tbol’ and Oral Turinabol) is actually a modified form of Dianabol (Methandrostenolone), whereby it is actually a combination of the chemical structures of Dianabol and Clostebol (4-chlorotestosterone). Hence this is why the actual chemical name is 4-chlorodehydromethyltestosterone. The modifications to its chemical structure allow it to be non-aromatizable and to also possess a very low androgenic rating, which is likely why Turinabol has been nicknamed as a ‘mild Dianabol’.

Information in regards to Turinabol was first published in 1962[1] and Chlorodehydromethyltestosterone was then manufactured and released by Jenapharm in East Germany as Turinabol and Oral Turinabol. Much like other compounds such as Anavar (Oxandrolone), Turinabol was revered by medical personnel and physicians for its ability to provide a fairly distinct separation of its anabolic and androgenic effects, favoring anabolic effects of course. This is one of the reasons why its often compared to compounds such as Anavar or Promobolan. As a result, much like Anavar or Primobolan, Oral-Turinabol saw extensive medical use in not just adult males but in women and children also. At the time, Turinabol was offered in two different concentrations per tablet: 1mg tablets, and 5mg tablets. The 1mg tablets would typically be utilized for individuals traditionally more sensitive to anabolic steroid therapies, such as women and children. Under its medical use at the time, it was prescribed for many different ailments, but was used frequently for the promotion of fat free mass in wasting disorders as well as the promotion of bone strength and mass.

Later in the 1990s, it was discovered that Turinabol was one of the key anabolic steroids utilized by East Germany in their infamous state-sponsored doping program known as the State Plan Research Theme 14.25. This plan was developed by the East German government in the late 1960s and implemented between 1974 – 1989 for the explicit purpose of administering anabolic steroids to all of their athletes (whether unbeknownst to them or not) in order to dominate at the Olympic games and other international sporting events. The core goal of this program was to simply cheat the anabolic steroid testing system in the Olympics by administering what would be at the time undetectable (due to its existence not being relatively well known) anabolic steroids to unwitting athletes, both male and female, who were simply told by their trainers and coaches that they were being given tiny blue vitamins. It later became known that the majority of these “vitamins” was, in fact, Oral-Turinabol. It was discovered that approximately 10,000 athletes over the course of a little over two decades were administered anabolic steroids (with most being Turinabol), whether they had known it or not.

Because of its distinct separation of its androgenic to anabolic effects, it is a weaker anabolic steroid than its parent hormone Dianabol. However, the assurance with Tbol is that with any apparent muscle building capability, it will present much less in the way of androgenic effects and absolutely no estrogenic effects (due to its inability to aromatize into Estrogen). Because of its fairly weaker strength than Dianabol, the doses required to elicit effects from Tbol are considered to be quite high (this will be explained shortly in the Tbol doses section of this profile).

In general, athletes and bodybuilders can expect steady and quality lean mass gains with no risk of any bloating, gyno, or any other estrogenic effects. Mass and strength gains are not known to be dramatic due to its lack of anabolic strength, but steady and quality lean gains that grow consistently over time can be expected. It is also used as an ideal cutting agent during periods of fat loss or pre-contest preparation due to its inability to convert into Estrogen. Turinabol’s capabilities really shine as an adjunct to other anabolic steroids when it is run (stacked) with other anabolic steroids due to its ability to bind to SHBG. Binding to SHBG allows more of the other anabolic steroids it is stacked with to be available to do their job, being uninhibited by SHBG, which is another advantage that it exhibits.

Turinabol posses roughly half the anabolic rating of Testosterone, so dosages in the range of 40-60mg per day are advised as an introduction. Turinabol dosages can exceed 80-100mg per day, but bodybuilders report side effects begin to rise, whilst gains remain constant.

Historically, athletic and bodybuilding related dosages according to literature show us that Turinabol was utilized by the East German weight lifting team at 10g per year (27mg per day), and this documentation also notes that the leading East German sprinter was administered no more than 730mg per year (2mg per day).

Beginner Turnabol doses is suggested at 30-40mg per day, whilst intermediate users can use 50-80mg daily. Advanced and professional bodybuilders can use 80-100mg plus per day, with some forums reporting doses of 150mg being used. However, these more extreme doses can cause side effects and other androgens can be used with better gains.

Female Turinabol doses are between 5-10mg per day. Steroid abuse in women, with extreme dosages can cause permanent virilization symptoms, acne, aggression and masculinizing effects.

Turinabol (4-Chlorodehydromethyltestosterone) is classified as a Schedule III drug in the Controlled Substances Act (CSA), originally legislated by the Anabolic Steroid Control Act of 1990 and in 1991 scheduled under the CSA as a Schedule III drug whereby possession and use of anabolic steroids are be considered a criminal offense.

Possession of anabolic steroids carry penalties of at least 1 year in prison and a $1,000 fine for an individual’s first offense under federal law. Distributing under federal law carries a 5 year prison sentence and a $250,000 fine. Second offenses double the above penalties. Aside from federal law, individual states have also imposed additional varying state laws in regards to the illegal use and/or distributing of controlled substance (anabolic steroids). 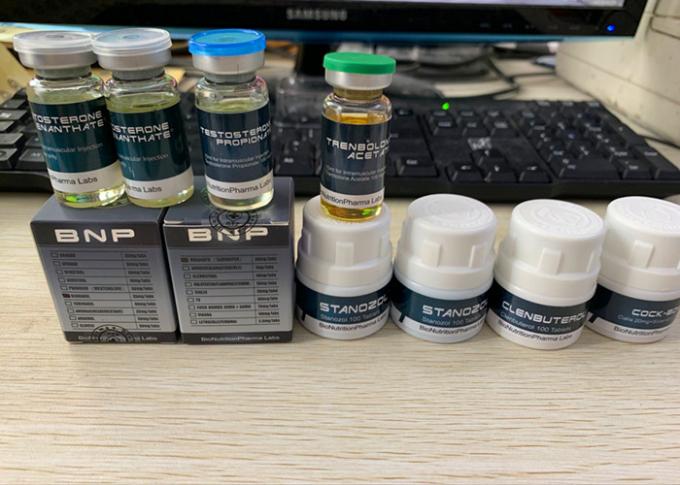