Testosterone was first synthesized by being isolated from bulls’ testicles in 1935. Many pharmaceutical forms and derivatives have been created since.

Testosterone is responsible for promoting health and well-being through enhanced libido, energy, immunity, increased fat loss, gaining and maintaining lean muscle mass, preventing Osteoporosis (loss of bone density) and possible protection against heart disease. Testosterone is also responsible for normal growth and development of male sex organs and maintenance of secondary sex characteristics. Secondary sex characteristics are specific traits that separate the two sexes, but are not directly part of the reproductive system, for example: chest and facial hair, a distinguished jaw line, broad shoulders and increased muscle mass. Testosterone binds to the Androgen Receptors (AR), which thus causes accelerated muscle gain, fat loss, and muscle repair and growth. These mechanisms are stimulated by activation of the Androgen Receptors (either directly or as DHT).
There are many possible side-effects associated with the use of Testosterone Phenylpropionate. This product also has a high level of aromatization into estrogen and coverts to DHT (dihydrotestosterone) as well. Conversion to estrogen, the female sex hormone, creates a high risk of gynecomastia (formation of breast tissue in males) and water retention.

Supplementing Testosterone into your body will result in the shutting down of the body’s natural production of the hormone. The severity of side effects depend mostly on the dose and duration of circulating free testosterone and its conversion to substrates. Testosterone’s anabolic/androgenic effects are dependant upon dosage, therefore, the higher the dose the higher the muscle building effect. Testosterone also promotes aggressive and dominant behavior.

Testosterone is possibly the best mass builder known to man and recommended as the base of any mass building cycle.

Testosterone’s anabolic/androgenic effects are dependant upon the dose administered; usually the higher the dose, the better the results. In a study done on Testosterone (Enanthate), a dose as high as 600 mg’s (per week) produced better results in subjects compared to those who received lower doses. At the highest dose, 600 mg/week, the greatest results were achieved in comparison to any of the lower doses studied. The highest fat loss, most muscle growth, and increased size and strength were achieved at the higher dose. In the same study, HDL cholesterol was lowered and the subjects experienced acne. There was roughly a 15% gain in Lean Body Mass from 20 weeks of 600 mg/week of Testosterone therapy.

Overall, the most common report by subjects using Testosterone Phenylpropionate was immense gains in strength as well as alterations in size, shape, and appearance of the muscle.

Due to stimulation of the Androgen Receptors (either directly or as DHT), accelerated muscle gain, fat loss, increased muscle repair and growth was experienced. Testosterone binds to the A.R. on fat cells; therefore, adipose (fat) tissue can be broken down more readily while new fat formation is prevented

. Since the body is building muscle at an accelerated rate, more ingested food is shuttled directly to the muscle tissue (this is known as nutrient portioning) and away from fat. This is another indirect effect of testosterone on fat loss. Testosterone also promotes glycogen synthesis, which is activated by insulin in response to high glucose levels. Glycogen provides fuel to the muscle; therefore endurance and strength increases were reported during severe muscle breakdown in intense training and workouts.

I recently had the opportunity to try Testosterone Phenylpropionate in one of my cycles. I think that the primary advantage of this stuff is that underground manufacturers are not scared to dose it at 200 mg/ml, unlike other short(ish) esters like propionate…where 100 mg/ml is the typical dose.

I was using it at 200 mg every other day, and found that was enough to raise my testosterone levels to roughly 1.5x the high end of normal.

My gains on Testosterone Phenylpropionate were typical of any kind of testosterone I have ever used (regardless of ester) although the water retention was similar to propionate (low).

Although it wasn’t necessary, I chose to inject every other day although the active life of this compound would have allowed me to inject once every third or even fourth day. It’s a natural match in a cycle with Nandrolone Phenylpropionate, as both can be injected on the same day with the same frequency.

Since water retention is low with this compound, it is probably the most versatile form of esterified testosterone available on the market…it builds mass like the long esters, doesn’t require very frequent injections, and doesn’t cause water retention like cypionate or enanthate. 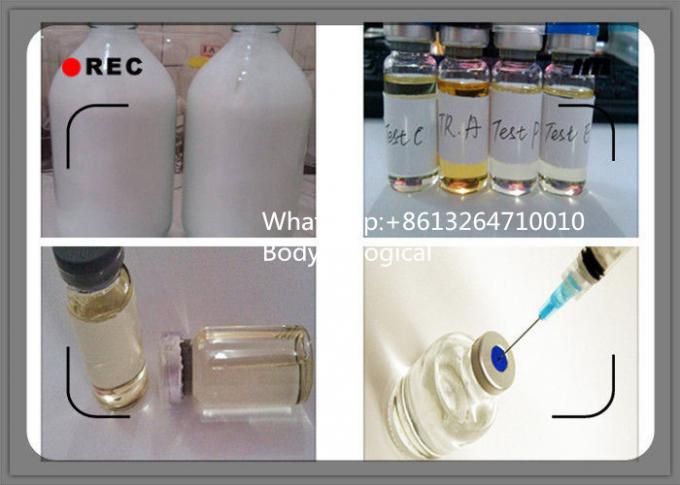